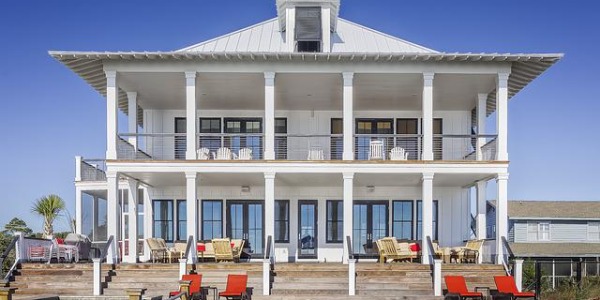 What if I Buy House Before Marriage?

This is critical in Texas because a home purchased prior to marriage is considered separate property. Because separate property is not community property, the spouse who owned the house prior to the marriage will keep it. Even if the couple lived in the property for the majority of their marriage, the prior owner retains ownership.

This does not, however, mean you are completely safe. A lawyer may file a community reimbursement claim if the couple has been the mortgage payment together or if one of the spouses has paid for considerable home renovation projects. While the spouse who owns the home would most likely keep ownership, the other spouse may be required to pay for reimbursement.

In Texas, how does community property law work?

Texas is a community property state. Since all property existing at the time of divorce is presumed by law to be community property, dividing separate property from the community assets requires a high burden of proof. A large body of case law has developed over the years to address the plethora of fact situations that have emerged in actual divorces in Texas.

Property acquired during the marriage is considered community property in Texas unless it can be proven to be separate.

When a couple divorces in Texas, their marital assets are divided according to community property laws. This can be very confusing, and people may be uncertain of what they can claim or how the property must be divided.

How do Texas courts deal with the family residence?

When there are minor children in the home, it is popular for the custodial parent to be given permission to remain in the residence with the children after the divorce has been finalized for a set period of time. During that time, the spouse who lives in the house is usually responsible for making all mortgage, property tax, and homeowner insurance payments on time. When there are no children who live at the property, the youngest child reaches the age of majority, or any other date agreed upon by the parties or specified by the court, the residence must be sold.

Is inheritance community property in Texas?

In most cases, no – an inheritance is not considered community property in a Texas divorce. Property acquired “by gift, device, or descent” is considered separate property under Texas divorce law. Property acquired prior to the marriage is also exempt. Most civil litigation awards are also separate property. Everything else is community property, which is divided between the spouses in the event of divorce.

In some cases though, community and separate property are frequently mixed. This is particularly true if the marriage survived longer than seven years, which is the average length of a divorced marriage.

Texas law defines community property as property acquired during the marriage other than by gift or inheritance. Separate property is described as anything acquired by a spouse before or during the marriage through gift, devise, or bequest. The legislation requires that the community estate be administered in a just and equitable manner. This does not always imply equally. The court may award an inequitable division of property based on a number of factors, including the duration of the marriage, differences in earning capacities, and fault in the marriage’s dissolution.

Can you spend some of your $15,000 in an emergency and then pay it back later from community property while still claiming the entire $15,000 as separate property?

Can you claim your $15,000 income as separate property?

No. Income derived from separate property is considered community property.

Can you transfer funds from one account to another while still retaining your separate property claim?

Yes, if you possess the necessary documentation.

Can you use your $15,000 to buy stock and then claim it as separate property?

Yes, if you have the paperwork to prove it was that exact amount of money that was used to buy the stock.

You can still make a separate property claim if you have documentation proving the transfer of funds from your premarital account to a joint account and can overcome the presumption that you intended to gift your spouse an interest in the funds.

Only properties owned before getting married or procured during marriage by gift or inheritance is considered separate property in Texas. Everything else is public property. Even if you do not have a premarital agreement, there are numerous ways to protect your separate property.

Can Property Acquired Before Marriage be Divided in Divorce?

Yes, if the owner of the asset does not meet the burden of demonstrating that the property before the court on the date of divorce is the same properties owned by one of the parties prior to the marriage. It is typical for individuals to think that if they had funds in a bank account, CD, or similar account period leading up to marriage – assume, $15,000 – they are entitled to receive that amount back as separate property at the time of divorce. If that $15,000 is still on deposit inside an account today and you can prove it, that property cannot be divided in a divorce. The problem is that people don’t realize they might get divorced and have to keep all the records they may need demonstrate a separate property claim years later.

Good record keeping is necessary to support separate property claims during a divorce. Many partners face difficulties because they did not intend to divorce and have intermingled their estate and assets so that everything becomes community property. That brings us back to the law, which states that all property is presumed to be community property, except if proven otherwise.