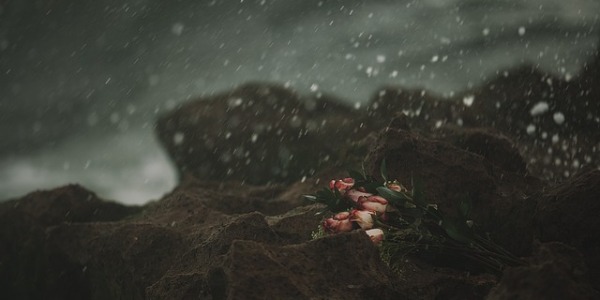 Most people think of divorce as the breakup of a marriage and a difficult emotional process. However, it is also a complicated legal process. For military members and their spouses, it can become even more complicated.

When a military family goes through a divorce, there are unique circumstances that influence decisions and outcomes. We are one of the leading military law firms who represent Fort Hood and Fort Bliss in Texas. When it comes to divorce in the military, we have the knowledge and the experience to successfully protect the rights of our US Armed Forces and their spouses.

Military Divorces Differ From Other Divorces

There are a number of federal laws and protections that apply to military members and their spouses. Our law firm is knowledgeable about the following Federal acts and how they apply to divorce military members:

The division of assets and benefits in a military divorce can be a complex process. We are experienced in the marital property division involving retirement plans, military pensions, and other benefits.

Whether you or your spouse are stationed in Texas or are serving overseas in Iraq or Afghanistan, we can provide you with solid military divorce services. Please contact our Houston law office today.

There are many questions military families have during a divorce regarding things like child custody, visitation, spousal and child support, health insurance, housing, relocation, divorce while deployed, VA disability pay and military pensions. We understand the rules regarding military divorce, and her specialized knowledge and experience can help protect a service member’s pension from being unfairly divided, or help a military spouse obtain concurrent pay and survivor benefits.

Divorce For Military Families In Houston

Military men and women and their families have enough to worry about without having to worry about the complex legal issues involved in a divorce. In Texas, you can turn to a Houston Divorce Attorney for help.

We are proud to help those who sacrifice so much for our country. Call our The Law Office to schedule a consultation.

In addition, we resolve issues related to the division of military retirement benefits, veterans disability benefits and military health care, along with the payment of support through DFAS.

People who are going through a divorce have a lot of things to think about. Making such a huge decision requires a lot of soul-searching in the first place, but once you decide that a divorce is a correct option, you and your former partner are going to have to discuss the terms of the divorce. This includes matters pursuant to any children that you may have, such as a custody arrangement and support payments. How you will divide your shared assets and debt are something else that will need to be considered. All of this can be complicated for any couple to deal with, but when one or both former partners are serving in the military, the matter can get even more complex.

In the past, there were instances when members of the armed forces would return home only to find out that they had been “divorced” without ever having been served with the petition. Clearly, it can be physically impossible to handle a civil matter when you are deployed, particularly when you are in a war zone. Plus, people who are fighting in war need to focus on the task at hand and not take on the added stress of responding to a divorce complaint. For this reason, the Soldiers and Sailors Civil Relief Act was rewritten in 2003 and renamed the Servicemembers Civil Relief Act. According to the SCRA, people who are actively deployed in the military do not have to respond to civil actions, such as divorce proceeding, until they have completed there term of active duty.

Another issue that is often times a factor when members of the military are getting a divorce is residency. People who are in the service are often on the move, and it can be difficult to know where to file. Custody and visitation can also be challenging in military cases, because the custodial parent may be deployed or transferred and unable to bring the children along, leaving the other parent as the custodian. When the individual who had to leave for a time returns, the issue of custody can become contentious. There is also the matter of dividing the retirement benefits that the military provides, and the Uniformed Services Former Spouses’ Protection Act spells out the details on this facet of military divorce.

As you can see, there are a number of factors that can apply to a military divorce that civilians don’t have to face, and it can be difficult for the layman to navigate these legal waters.

Call Us Today For An Initial Consultation

Often, it is difficult for active duty personnel to meet with an attorney and/or attend court hearings. We can meet via phone, web camera or use email if you are unable to meet in person. If you are on active duty, we will request permission from the court that you appear via phone or that we appear on your behalf.