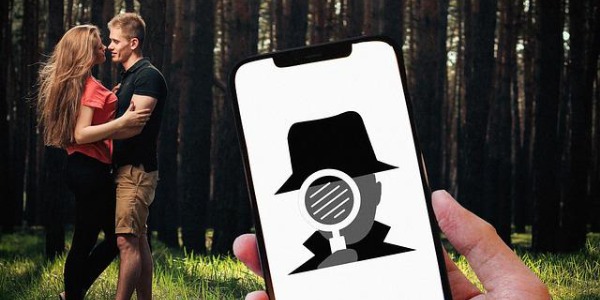 Adultery is characterized as voluntary sexual intercourse between one spouse and someone who is not a party to the marriage under Texas family law. In other words, while emotional affairs may feel like cheating, they will not particularly help you in court.

While adultery violates certain civil laws observed in the Texas Family Code, it is not a crime in Texas.

Cheating can cause a divorce to be granted in favor of one party or the other, rather than on no-fault grounds. Establishing the fault of one spouse in the marriage’s dissolution can then be used to support a disproportionate division of the community property between the spouses.

If you’re curious to know how the cheating spouse is held responsible for their actions, there are a number of ways. The most prevalent is the division of assets and property acquired during the marriage. Adultery is defined as the voluntary sexual intercourse of a married person with someone who is not the spouse under Texas Family Code section 6.003.

Does my wife get half if she cheated on me in Texas?

Marital property is defined as assets acquired during your marriage, regardless of who purchased it or whose name is connected to it. In Texas, your property is divided according to what is regarded “just and right,” rather than being divided exactly in half.

If you can prove that your partner committed adultery during the time you married, you are entitled to a disproportionate share of the marital property. If the court finds you guilty of adultery, your marital property may be split in a way that benefits your spouse rather than you.

Can I sue my spouse for adultery in Texas?

As aggravating as it may be, infidelity is not illegal in Texas, and it is only legally recognized in the context of divorce. If you can’t substantiate adultery as defined above, you’re not going to get paid for being wronged by your spouse in this way.

However, yes, if the adulterous behavior constitutes Intentional or Reckless Infliction of Severe Emotional Distress. You may bring the suit if your situation meets this criteria. The question of whether you should file the suit is one for another day or a conversation with your divorce lawyer.

A provision in Texas law allows harmed partners to file a tort claim as part of their divorce petition. It gives them the ability to ask the court to punish the adulterous spouse for causing them pain, which can include recompense.

What proof do you need for adultery?

The wronged spouse could hire a private investigator and attempt to gather evidence to persuade the courts. Although technological advancements have made this somewhat easier over the years, obtaining clear and convincing evidence of an affair can still be challenging.

Direct photos or video of sex aren’t always required. You could, for instance, use photos of your spouse’s car parked in someone’s driveway as circumstantial evidence.

Does Adultery Affect Alimony in Texas?

Alimony is only granted in Texas under a particular set of circumstances defined by law. Without going into great detail, they all have to do with one spouse not being able to earn a living on their own.  Adultery is not a basis for alimony, but if the court decides alimony could be awarded, the amount and duration of the alimony award may be influenced by misconduct that occurred during the marriage.

If a divorcee meets these requirements, judges have a lengthy list of factors to consider when determining alimony. This is where adultery’s modest influence manifests itself. Adultery is specifically mentioned as a factor to consider, as is financial dishonesty, which can often go in tandem with cheating. As with property division, judges have a lot of leeway when it comes to alimony, so you shouldn’t count on cheating to influence the outcome.

Adultery doesn’t really have an impact on which parent has custody of the children as long as the cheating spouse does not conduct the adulterous relationship in front of the children. However, if it is discovered during the divorce that one spouse committed adultery, the faithful spouse’s obligation to pay alimony may be affected, even if the cheating spouse can demonstrate a genuine financial need for the alimony.

When a divorce is filed on the basis of adultery and the spouse can prove it, the outcome of the divorce can be greatly influenced. Although Texas is a community property state, when adultery is proven, the filing spouse may be awarded a larger share of the marital property based on specific conditions. Adultery can also play a role in child custody orders, as the family court determines custody based on what is best for the child. If the adulterous spouse endangers their children, the filing spouse may be given more weight in the custody order.