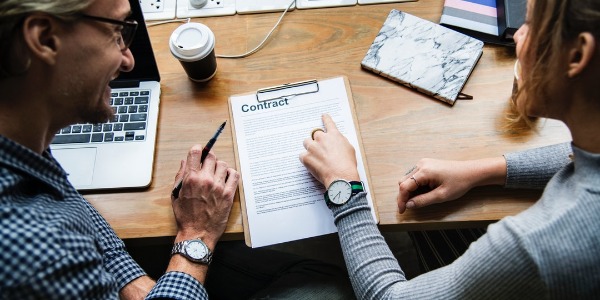 Think “prenuptial agreement” and you think “I love you!”, right? Perhaps not! In my Marietta and Atlanta divorce and family law firm, I find that even though an important legal document like this can protect your bank account and other assets, many folks consider a prenup as a dealbreaker. According to Casey Bond, in an article published at GoBankingRates.com, asking for one can be construed as a lack of trust by the party requesting it. Thus, it can be a challenge to persuade a potential spouse that having a prenup is a good idea when they have this attitude. This post summarizes Ms. Bond’s article on the radical concept of using postnuptial agreements to save a troubled marriage.

On the flip side, many engaged couples believe that signing a prenup is equal in importance to the marriage preparations as it is to reserve the church and register for gifts. But suppose you and your spouse chose not to enter into a pre-marital agreement concerning your finances and you now regret that choice? Your answer may be a postnup instead.

Prenup and Postnups : The Differences

Postnuptial agreements, often called post-marital contracts, are much less commonly used than prenups, but their popularity has been increasing in recent years. Essentially, these two contracts are created for the same purpose, but a postnuptial agreement is made after a couple has been married instead of doing it before the wedding.

The postnup’s purpose is to protect each spouse’s individual income and assets in case the marriage ends, whether as a result of divorce or death of one of the spouses. They are widely used in community property states where entitles one spouse is automatically to the other spouse’s assets when they become married. Remember, though, that every state’s laws and requirements surrounding postnuptial agreements are different.

Postnuptial Agreements: Who Needs Them?

Please understand that signing a postnup does not mean that you expect your marriage to end in divorce. These documents certainly are not for everyone, but a postnup can do a lot of good for many marriages under special circumstances:

Revising a Prenup: Many couples who choose to create a postnuptial agreement already have a prenuptial agreement in place. A postnup is often needed when one spouse has a significant shift in finances, like a promotion or inheritance, and the spouses find it necessary to modify the terms of the original prenuptial agreement. Indeed, there can be numerous changes to a postnup as the financial situation within a marriage changes over time.

Protect a Business: Many business owners will want postnups because a divorce could seriously threaten assets of the business or adversely affect outside partners and investors.

Fights About Finance: Any married person knows that finances and money are often a great source of strain on the relationship. This may be more true for some couples than for others. Occasionally couples who frequently argue over their finances and at risk of divorcing over the subject find that a postnuptial agreement can relieve that stress and once again strengthen the marriage.

Adultery: Postnups are also frequently used as resources for managing an unfaithful spouse. In marriages where a spouse has strayed and engaged in an adulterous relationship with another partner, the other may require in a postnuptial agreement that if it occurs again, the philanderer must pay a large amount of cash to their husband or wife. The question of whether or not this will actually improve the marriage is open to question.

If you are already married and you believe the two of you need a postnuptial agreement, you should understand that the process is not as simple as writing up who-gets-what in case you get divorced and having a lawyer approve it. In Texas, for a post-marital contract to be enforceable, both parties should have individual legal representation, they must provide full disclosure of each party’s financial situation (i.e., no secret bank accounts) and the contract should be reasonably fair to both parties.

In summary, if you find yourself in one of the categories listed above, You might benefit greatly from having a postnuptial agreement and it could well be beneficial to create one. Whether it’s a business requirement, or whether it could actually save your marriage, if you believe a postnuptial agreement is a good idea, discuss it openly with your spouse. He or she may agree it is a good idea, too.